Concept invented by American meteorologist Edward N. Lorenz (1917-2008) “to highlight the possibility that small causes may have momentous effects.”

Predictability: Does the Flap of a Butterfly’s Wings in Brazil Set a Tornado in Texas? Presented at: American Association for the Advancement of Science, December 29, 1972 [Link] 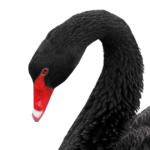 [extraordinarily unexpected events: we did not see them coming]
[“Oops, didn’t see that one coming!“]

The title is a metaphor to describe “an event that comes as a surprise, has a major effect, and is often inappropriately rationalized after the fact with the benefit of hindsight. The term is based on an ancient saying that presumed black swans did not exist – a saying that became reinterpreted to teach a different lesson after black swans were discovered in the wild.”

The Black Swan: The Impact of the Highly Improbable [Link] 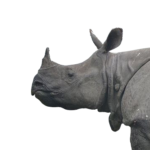 [highly probable events: we ought to have known what will happen]
[“How did that happen?”]

Gray Rhinos is Wucker’s variation of Black Swans, defined as “a highly probable, high-impact threat: something we ought to see coming. Wucker believes that the problem is systemic: the political and financial world rewards short-term thinking, and it’s difficult for institutions to pivot quickly when necessary. With so many recent examples of failures to respond to obvious threats, we should have a better handle on why we miss them, but cognitive biases make this difficult. Wucker explores the denial that keeps us from seeing threats, the panic that occurs when we don’t make decisions in time, and ways to implement solutions and take reparative action “after the trampling.”

The Gray Rhino: How to Recognize and Act on the Obvious Dangers We Ignore [Link] 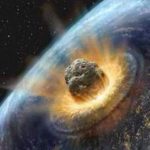 [highly probable but seemingly impossible events, with momentous consequences, that we can plan for]
[That Planet-Killer is coming in 2032...”]

David Huer has been seeding the Planet Killers/”Own the Asteroid” concept since 2014. It is possible, indeed probable, that Black Swans and Grey Rhinos can be avoided – and Butterfly Effects nurtured – by acquiring access to private earliest-stage disruption sources. Before competitors have the glimmering that momentous change is coming.

Own the Asteriod© when Planet Killers strike.
Don’t be the Dinosaur.